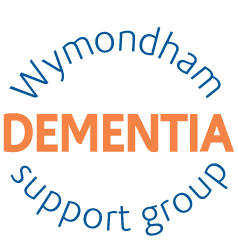 In November, 2008, following a public meeting called to consider the needs of those locally diagnosed with dementia, and their carers, a committee was formed with representatives of local organisations and churches called The Wymondham Pabulum Café Committee.

The objective was to establish a Pabulum Café in Wymondham modelled upon ‘Alzheimer Cafés’ established in Holland by Dr Biere Miesen a Clinical Psychologist.

Our first Café was held in March 2009 with six persons with dementia and their carers attending following a period of fund raising with support from Norfolk Community Foundation; The Geoffrey Watling Charity and Wymondham Town Council linked to free use of Fairland Church Centre for the first six months of service.

The style of the Café provides a friendly meeting place  where those with dementia, their carers, family members and other interested parties (e.g. health and social care professionals) can come together and receive support, guidance and information in a relaxed atmosphere whilst enjoying refreshments and light lunches. When necessary we provide advocacy for members who may be having difficulty regarding access to services and various benefits.

Activities include reminiscence sessions, various games, craft work and quizzes. A carers’ group lasting 45 minutes is held at each Friday Café in a separate lounge and during this time those with dementia are supported by trained volunteers. This time is highly valued by carers who provide support to each other and share experiences which help others devise coping strategies. Our carers regularly tell us how important this time is and explain that it has helped them overcome feelings of isolation and powerlessness.

We are an open access organisation and there is no complex referral system. People who learn of our service can just turn up or they may have been referred by a friend, GP or health or social care worker or noticed our local publicity. Since our beginning we have provided a service for 20 people with dementia and their carers and currently have a membership of 40 people with dementia and their carers. All in all, Fridays can see in excess of 80 people enjoying our facility.

Each Café is under the direction of our trained Organisers who are supported by a team of 60 volunteers who are vetted, DBS checked and receive dementia awareness training.

As numbers increased we have consulted members and carers about how we might improve our response to their needs. One consistent theme was to have an opportunity for singing, dancing and healthy exercise.

In February 2012, we began a venture called ‘The Singing Café’ which is held on the third Friday of each month where members sing to live keyboard music and play a wide range of musical instruments.

The Singing Café brings much joy to participants and volunteers stimulating memory and providing healthy exercise.

From the 5th April, 2013 we started opening our Café every Friday which means in a full year a further 17 opening days. There is a Café every 1st, 2nd, 4th & 5th Friday, and a ‘Singing Café’ on each 3rd Friday.

In June 2014 we started a new venture – a ‘ Dementia Friendly’ cinema called The Pabulum Picture Palace held at the Fairland Church Centre on the third Tuesday of each month, showing films chosen by members.

2016 saw the creation of our Dementia Friendly Garden. It is a flower garden with small borders and some raised beds together with some fruit and veg. We aim to make as much of the garden wheelchair friendly and have plans to improve disabled access from the church in 2017.

In the years since our formation we have learned and continue to learn much about the needs of  those with dementia and their carers. Our services have evolved and changed in relation to the observed and expressed needs of those who visit us.

In 2011 we became a registered Charity The Wymondham Dementia Support Group with the objective To promote the well being and quality of life of people with dementia and their carers in the County of Norfolk.

We use cookies on our website to give you the most relevant experience by remembering your preferences and repeat visits. By clicking “Accept”, you consent to the use of ALL the cookies.
Read MoreCookie settingsACCEPT
Manage consent

This website uses cookies to improve your experience while you navigate through the website. Out of these, the cookies that are categorized as necessary are stored on your browser as they are essential for the working of basic functionalities of the website. We also use third-party cookies that help us analyze and understand how you use this website. These cookies will be stored in your browser only with your consent. You also have the option to opt-out of these cookies. But opting out of some of these cookies may affect your browsing experience.
Necessary Always Enabled
Necessary cookies are absolutely essential for the website to function properly. This category only includes cookies that ensures basic functionalities and security features of the website. These cookies do not store any personal information.
Non-necessary
Any cookies that may not be particularly necessary for the website to function and is used specifically to collect user personal data via analytics, ads, other embedded contents are termed as non-necessary cookies. It is mandatory to procure user consent prior to running these cookies on your website.
SAVE & ACCEPT